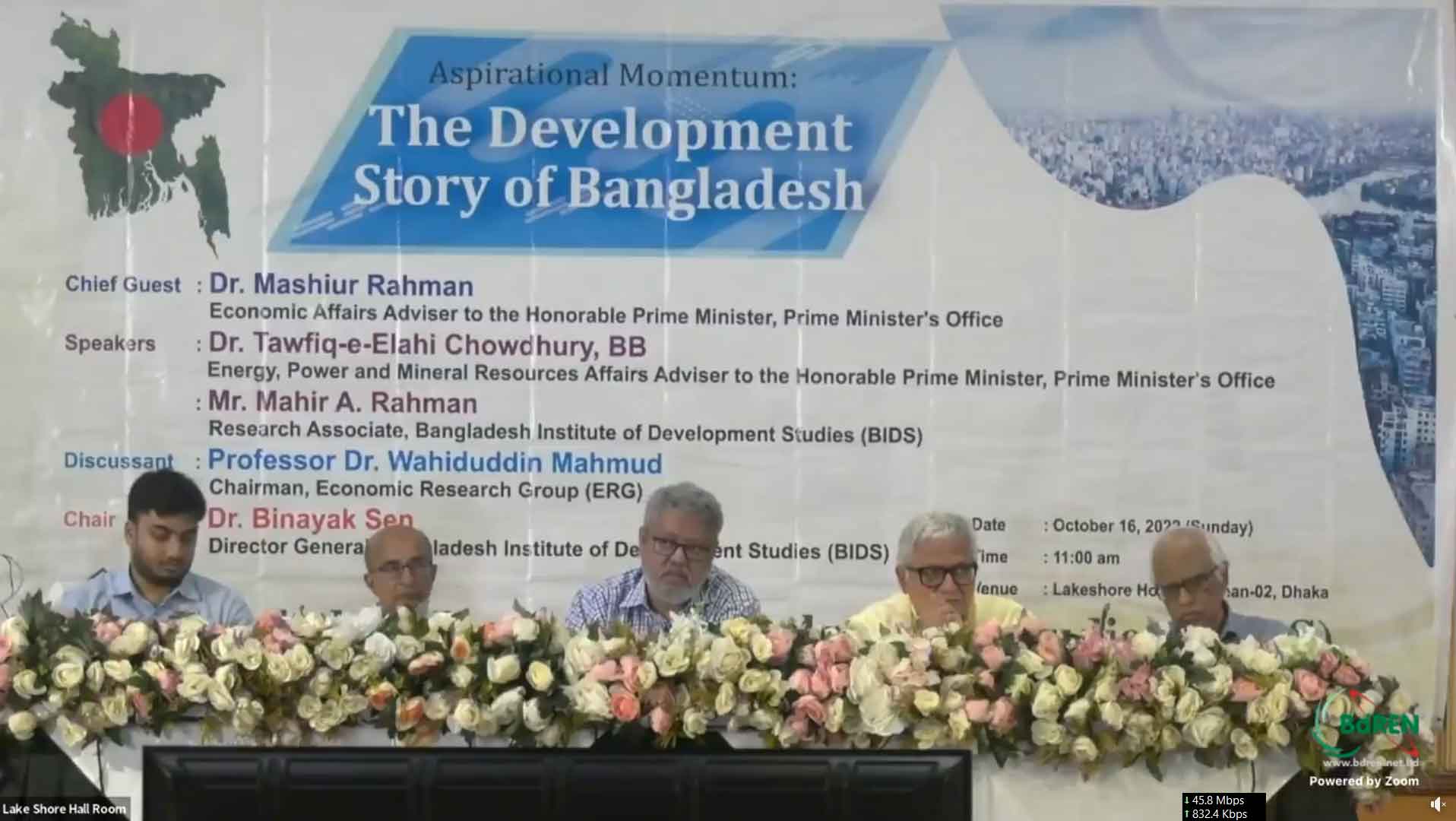 The authors argue that by placing the family at the center of decision-making, the exemplary development path of Bangladesh can be explained. The authors developed a dataset consisting of 26 nations (both middle- and low-income) for the period of 1996 to 2020 and conducted a fixed-effect estimation. They also tested for structural breaks in the indicators using the Clemente-Montenes-Reyes double Additive Outlier test for unit roots. The researchers stated that they observed a negative, albeit not statistically significant, correlation between child mortality and GDP per capita. Access to electricity and the percentage of females enrolled in secondary school both positively affected GDP per capita and is statistically significant. One of the estimates revealed that GDP per capita is positively and statistically correlated with population density further impacting GDP per capita as well. The speakers also observed some preliminary indications of structural breaks present across these indicators. The study results revealed that changes in family-level health, education (especially for women), technology diffusion, and aggregate investment co-determining with income and welfare outcomes together formed an aspirational momentum over time in Bangladesh.

Dr. Mashiur Rahman, Adviser to the Honorable Prime Minister on Economic Affairs, Government of the People’s Republic of Bangladesh was presented as the Chief Guest and Prof. Wahiduddin Mahmud, Chairman, Economic Research Group (ERG) was the Designated Discussant of the event.  Dr. Binayak Sen, the Director General of BIDS chaired this workshop. This event was attended by BIDS researchers, development practitioners, policymakers, academicians, journalists, and representatives from the civil society.