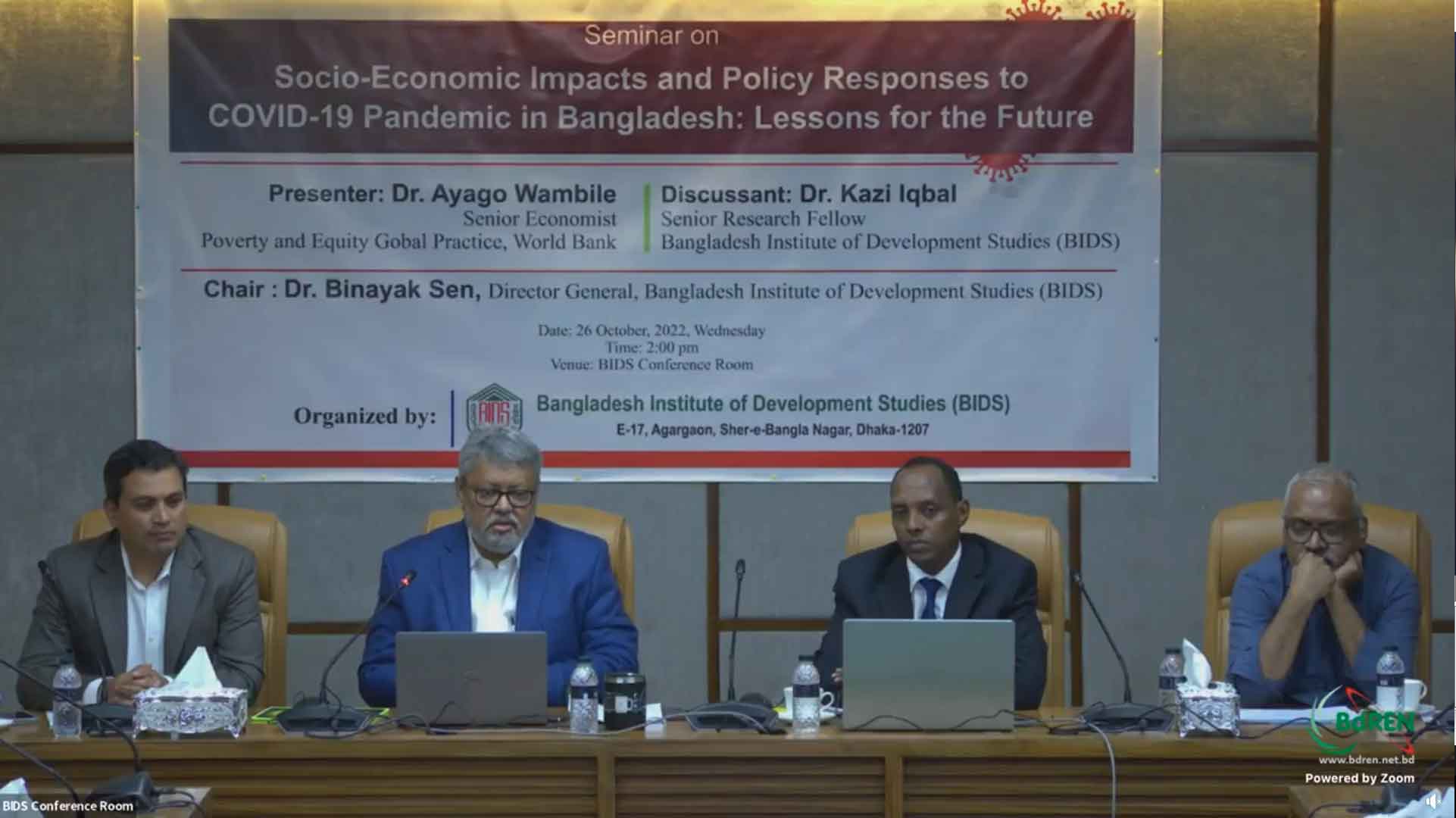 Socio-Economic Impacts and Policy Responses to COVID-19 Pandemic in Bangladesh: Lessons for the Future

According to the World Bank study, Bangladesh still faces difficulties primarily in the areas of health, education, creating jobs, and reducing poverty despite some economic recovery from the Covid-19 aftermath. An estimated 30 per cent of Bangladeshis are food insecure, despite the fact that the economy has recovered from the shocks brought on by the pandemic. According to the survey, the percentage of persons who reported going to bed hungry nearly doubled from 7 per cent in June of the previous year to 13 per cent in May. The percentage of those who hadn't eaten in 24 hours increased from 1 per cent in June of last year to 2 per cent in May of this year. Over the past year, there has been a noticeable decline in the number of people who eat smaller meals. From 17 per cent in June of last year, it dropped to 9 per cent in May of this year. "Price escalation is reported as a critical concern and hindrance to food security," Dr. Wambile commented. He pointed out that countries in the poorest regions, as well as the most food-insecure regions, have become more vulnerable as a result of food insecurity. Based on the study, almost 70 per cent of women who lost their jobs due to the pandemic were able to find new employment, but the majority of the remaining women struggled since they were working at home caring for the elderly and children. The keynote presenter stated that the immunization campaign for the Covid-19 vaccine picked up in July 2021 following initial delays in the delivery of vaccine doses, but vaccine coverage remained low and highly variable across socioeconomic categories. He claimed that only 7 per cent of respondents said that at least one member of their household had taken a dose. The discussant of the seminar, Dr. Iqbal disagreed with the immunization results, stating that Bangladesh administered a total of 318,248,833 doses of vaccine, which is higher than many wealthy nations and covered 82.38 per cent of the population.