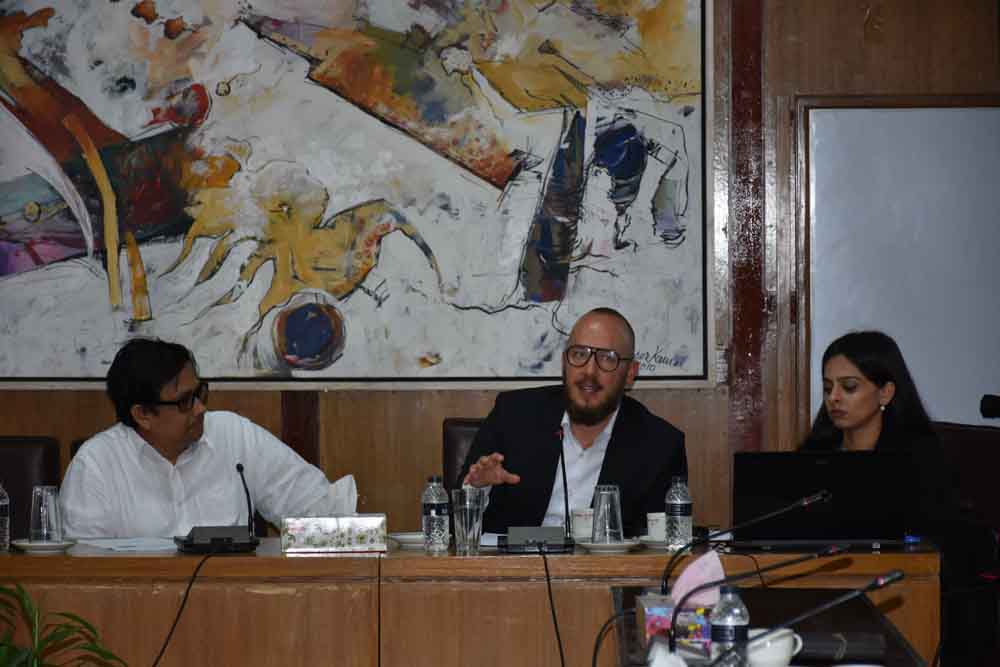 BIDS held a seminar titled "Estimating Trade Potentials" by Dr. Robert Beyer, World Bank on 4 September, 2019 at BIDS seminar Room where he attempted to elucidate the concerns over international trade as some countries in South Asia are under-performing and have seen export slump since 1990s. Dr. Beyer’s study explains possible reasons behind the trade gaps in South Asia and concludes that the trade gap is significant in the South Asian region and the integration is lower than other parts of the world.