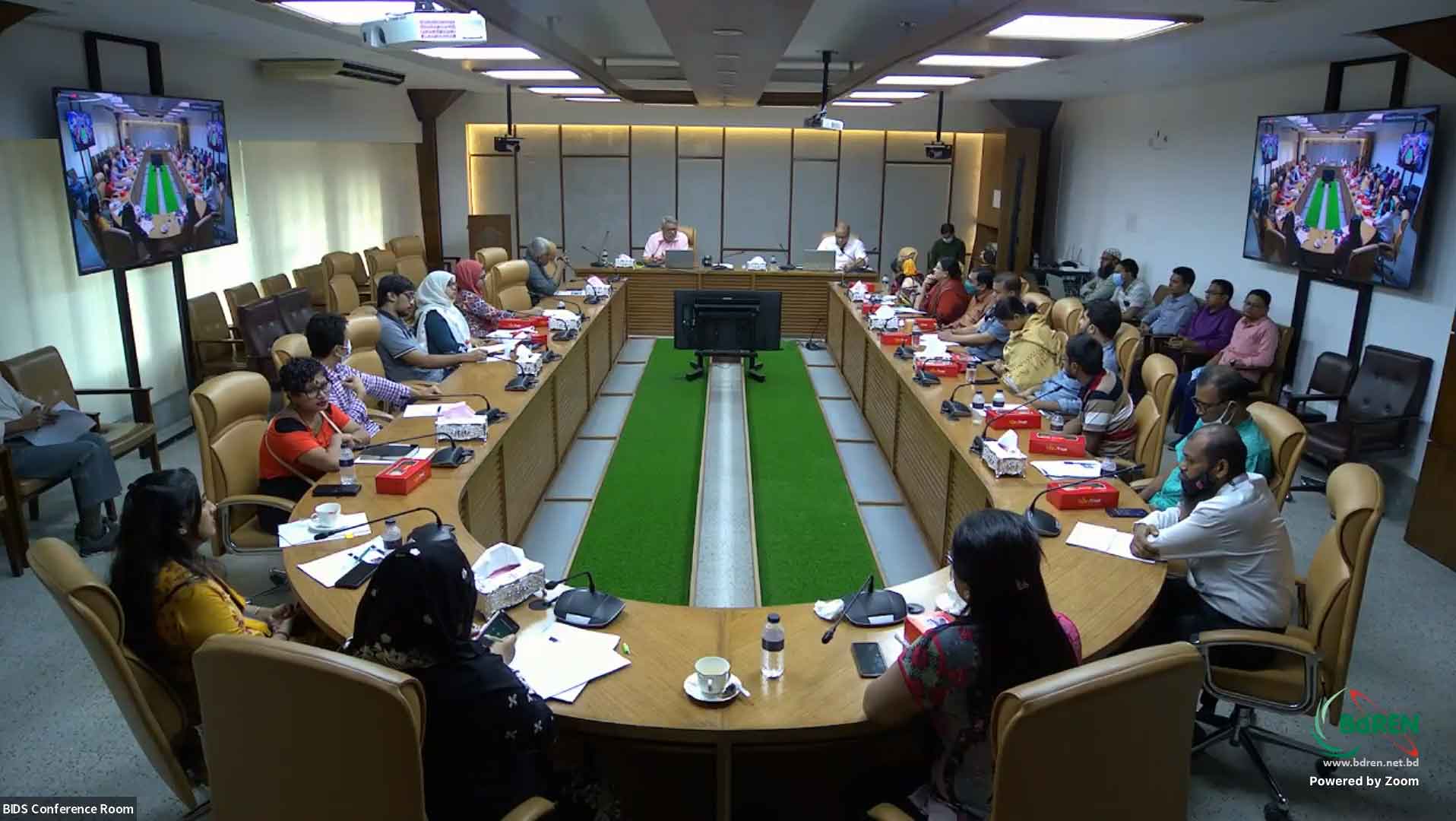 Effectiveness of Non-Formal Education Program in Bangladesh: Evidence from Reaching Out of School Children Project

Bangladesh Institute of Development Studies (BIDS) organized a seminar titled “Effectiveness of Non-Formal Education Program in Bangladesh: Evidence from Reaching Out of School Children Project” on 27 July, 2022 in the BIDS Conference Room as part of its Fortnightly Seminar series. Dr. S. M. Zulfiqar Ali, Senior Research Fellow of BIDS was the speaker of this seminar.

The Government of Bangladesh, with support from the World Bank had undertaken the “Reaching out of School Children (ROSC) Project” in 2004 to give a chance to be educated to the children who been dropped out from school or never went to school for primary education ever. The project blends formal education with non-formal means of delivery to the young learners, providing them with an opportunity to complete grade five and transition to secondary education.

This study exhibited some social impact that the project had been able to create. Child marriage had decreased because of more girls going to school. Drug use among children decreased and incidence of teasing and violence against girls had also decreased because the children were given a chance to go to school regardless of their age and economical background. This study also revealed several challenges.

The study recommended the following for successful implementation of similar project in the future: Need to have similar initiative to support existing out of school children. This is even more important under current Covid situation. Unique identification of all the students is needed. Design of the project should be prepared based on feasibility study and should also come through a though-through process. It is also important to ensure community involvement (this is very important to build ownership and ensure quality). Implementing through partnership (it helps blending specialized capacities of different organizations). For any project of similar type, it is important to have a thorough baseline survey of the communities it is intended for. It helps to assess the baseline situation of the communities which can then be compared with mid-line and end-line situation for proper impact evaluation.  Also, there should have a system of tracking of the beneficiaries so that sustainability of project benefits can also be assessed.

The seminar was attended by BIDS researchers, academicians and media. The Director General of BIDS Dr. Binayak Sen chaired the event.